Social Media and Email Marketing Walk into a Bar

A lot of people see social media and email marketing as if they’re enemies, as if social media is some fresh-faced bandit who just rode into town and challenged Sheriff Email to a duel. “This town ain’t big enough for the both of us,” the bandit tweets. And before you can even hit ‘like,’ the guns are blazing. But this just isn’t the case. Email marketing isn’t dead and it isn’t dying.

So maybe email and social media are frenemies. Maybe they’re Mean Girls. Email will let social sit at the cool kid table during lunch but only if social follows all her rules and only wears pink on Wednesdays. After all, email, like, invented social. No one would even know who social is if email hadn’t included those little links to follow us on Twitter at the bottom of the last newsletter. 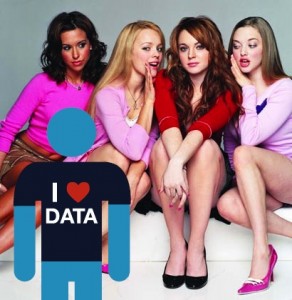 No. Email marketing and social aren’t Mean Girls. No one’s trying to make fetch happen. And they’re not in a gunfight at the OK Corral. LinkedIn is not wearing spurs. So what’s left?

To quote Jerry Seinfeld, “What’s the deal with [social media and email marketing?]” Why, they must be…friends. Social and email are friends. Buds. Pals. Comrades. They’re all in this together.

For every link to Twitter at the end of a newsletter, there’s a ‘Subscribe to our newsletter’ button on your company’s Facebook page. For every Google+ post urging followers to check out www.rapleaf.com, there’s another post on LinkedIn pointing traffic in the same direction. Email and the motley crew of social media are all working towards the same goal; they’re just using different channels and voices and audiences and color schemes to do so. Google+ red, Strongmail orange, Facebook blue. A rainbow. It’s like that experiment you did in elementary school with the prism. A ray of white light hits the prism and comes out in a rainbow of different colors. Together, they’re one ray, a unified marketing message working with the same pool of contents and the same foundation of data. But, when you look at the different colors separately, after they’ve been sent out into the world, they all look different. Some may complement each other, some may clash. But, at the end of the day, the rainbow always leads to a pot of gold.