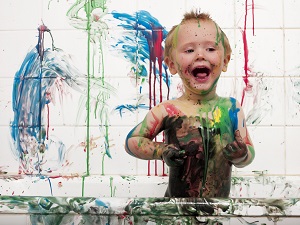 Bad data is a widespread and costly problem that undermines not only email marketing campaigns, but all key areas of a business. The Data Warehousing Institute estimated that data quality problems cost U.S. businesses more than $600 billion a year, while Hollis Tibbets, Dell’s global director of marketing, put the figure at more than $3 trillion per year.

Bad data, the DemandGen survey found, takes many forms, including wrong, missing and incomplete contact data. The consequences are a rash of problems that include:

The Inbound Sales Network agrees, describing how many companies’ sales and marketing databases are riddled with dirty data that leads to lost revenues. In order to build a demand-generation process that runs efficiently and powerfully, Inside Sales explains, “a clean and accurate database is becoming fundamental for success.”

Gordon Daly of DataMentors describes how bad data can cause a domino effect, a cascade of troubles that illustrates, he says, the “devastating impact dirty data can have on an organization.” The reality for many businesses today, says Daly, is that they are working with databases cluttered with outdated, invalid or incomplete leads.” The 25 to 40 percent bad data the average American business retains is not only worthless, he says, it’s a dangerous data liability.

“Dirty data has its consequences – and they are not pretty,” observes analyst David Raab in “5 Steps to Higher Marketing Data Quality.” For email campaigns, says Raab, it’s obvious that errors can prevent messages from being delivered and undermine the credibility of messages that get through.

Data decay is continual and relentless. This is why, as Experian notes, the quest for high-quality customer data for most businesses is never ending. “The simple reason is that customer data is not stable. In fact, it is highly volatile.”

This volatility was reflected in Gartner research that showed that 30 million of the 138 million workers in the U.S would switch jobs within 12 months.

David Raab cites a Jigsaw study that showed information deteriorates at a rate of 25 to 35 percent per year, and a CSO Insights study that showed one-third of marketing data is at least 75% accurate, compared with nearly two-thirds of customer data.

SiriusDecisions found that up to 30 percent of a contact database goes bad each year. A NetProspex study found that business records decay at 2 percent a month, a figure that jibes with Marketing Sherpa’s findings that 2.1 percent of data goes bad every month, which means about 25 precent of contact data becomes bad data each year.

These findings are in line with DemandGen’s survey, which found that more than 62 percent of organizations rely on marketing and prospect data that is 20 to 40 percent incomplete or inaccurate. About 85 percent of businesses reported they were operating customer relationship management or sales force automation databases with between 10 to 40 percent bad records.

“The problem of data decay is that it’s faster than it’s ever been,” said Sam Zales, president of ZoomInfo, adding that 71 percent of business cards you collect have at least one change within 12 months. Because no human-powered research effort could possibly keep pace with the rate of data decay, said Zales, a regular schedule and program for testing the accuracy of data is an important first step.

Out to Lunch on Data Hygiene

While surveys show how dangerous bad data can be to your organization’s health, they also show that many executives are either blind to the problem or ignore it. “Most executives,” said the Data Warehousing Institute study, “are oblivious to the data quality lacerations that are slowly bleeding their companies to death.”

Like any problem kept hidden rather than managed on a consistent basis, said Gordon Daly, data hygiene has become a problem that organizations are aware of but rarely take the time to address.

Experian, pointing out that successful delivery of an email is just as important as the message being sent, laments that “unfortunately, deliverability rates for campaigns are often considered less important than the content itself.”

Marketers, says Experian, should take steps to improve deliverability rates, which in turn will increase overall conversion rates. This all starts with improving the quality of an email database.

What To Think About Before Choosing an Email Validation Provider

10 Steps to Build Trust With Email